Arm Marathon Foundation organizes a number of running events in Armenia throughout the year. Yerevan Marathon is the main event of the series, with the largest number of participants from Armenia and abroad. Important information about the run :

YEREVAN MARATHON AT A GLANCE

Yerevan Marathon is an annual long-distance running event organized in Yerevan, capital of Armenia, and is the successor of Yerevan Half Marathon organized in 2015, 2016 and 2017. Since 2018 the race also includes a full marathon distances, as well as the shorter distances.

The Marathon starts in the very center of Yerevan, near Republic square. Route takes runners through beautiful central streets of Yerevan and to Hrazdan River gorge, later returning to start location.

The Half Marathon route is precisely measured and certified by AIMS. Marathon route awaits certification. All runner results are measure with precise timing equipment.

Event is open to runners of all abilities, they can choose from one of the four distances

Temperature ranges for the race time has historically ranged between 10 and 20 degrees centigrade.

The Yerevan Marathon is a qualifying race for the Abbott WMM Wanda Age Group World Championship 2022.

The list of qualifying races includes all six AbbottWMM marathons, as well as several dozens of other marathons across the world. Among them is Yerevan Marathon. The full list of the qualifying races is available on worldmarathonmajors.com.

How does the AbbottWMM Wanda Age Group World Ranking work?

The best two results in select qualifying marathons over this period will count for each runner’s ranking. The top-ranked runners in every age group will qualify to run in the spring 2022 AbbottWMM Wanda Age Group World Championships.

The scoring system is available on worldmarathonmajors.com

How are points scored to the participants of six Abbott WMM races?

The maximum points that can be scored in any race by an age-group winner is 4,000. The age group winners in any Abbott WMM race will automatically get 4,000 points.

How are points scored to the participants of marathons beyond the six AbbottWMM races?

For those athletes who participate in qualifying races that are not part of the Abbott WMM series (including the Yerevan Marathon), a platinum time has been calculated A platinum time uses standard multiples of the ‘mean’ of the current marathon world record times for each age group and gender. In order to get 4000 points, an athlete has to finish faster than the "platinum time". In the future, the same system will be used for scoring, as well as for participants of majors with the same points degradation - 29 seconds.

Platinum times for each age group are as follows:

Participation fees are the following:

Race Pack pick up will happen on October 15, 2022, 10:00 – 19:00, location TBA. Participants must present a valid ID to receive their racing packs. Please note that we do not require medical certificates. 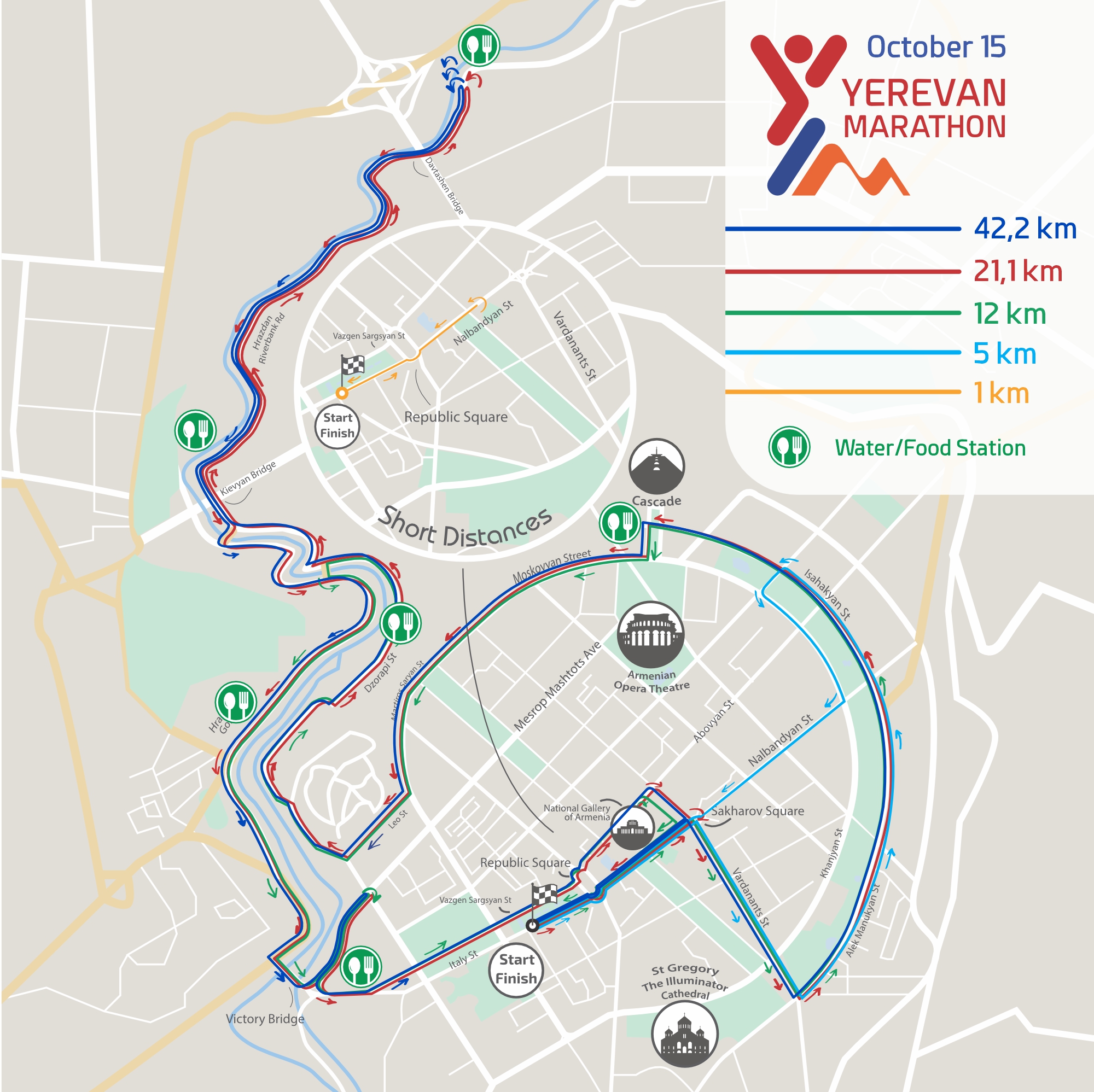 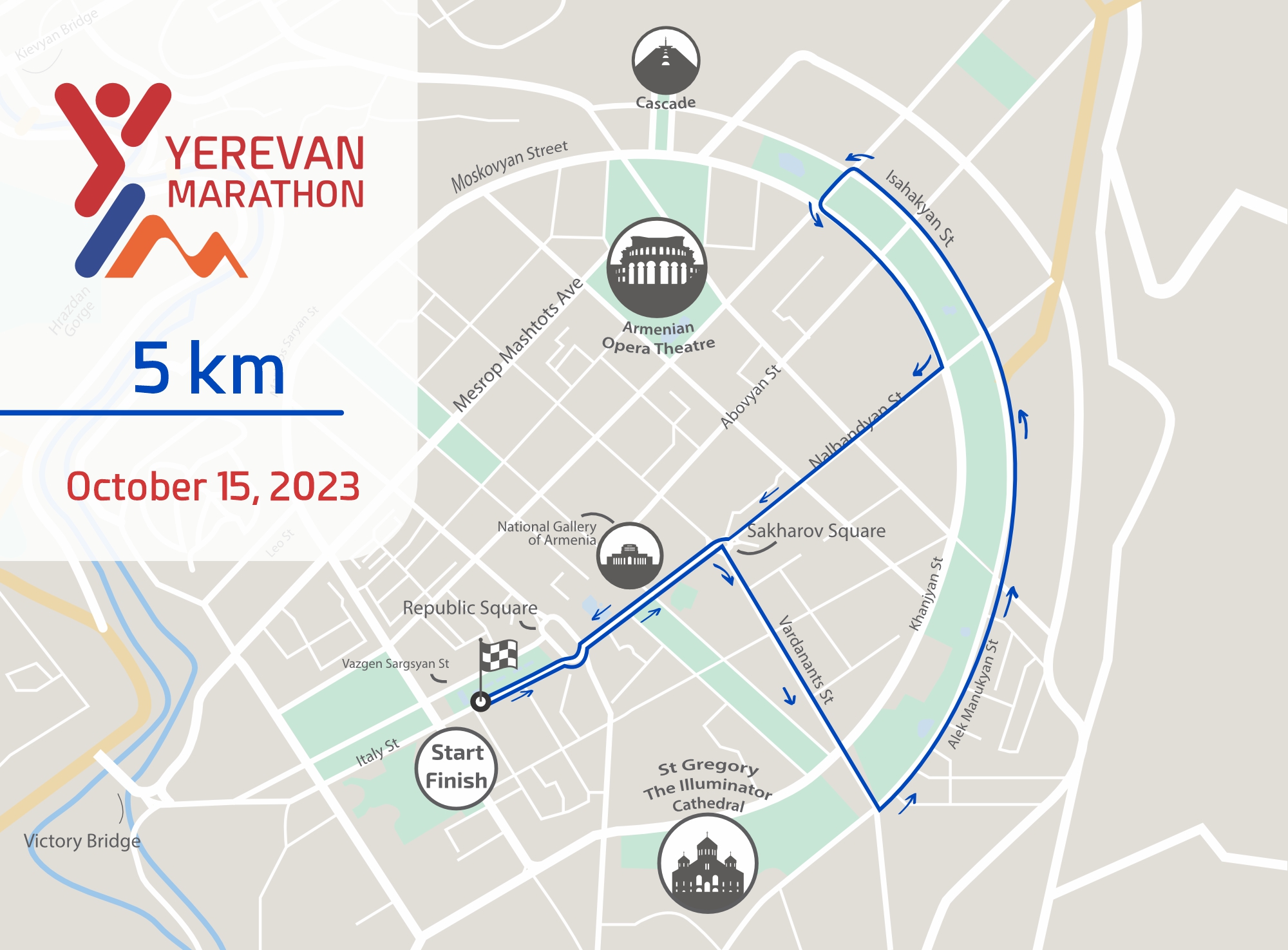 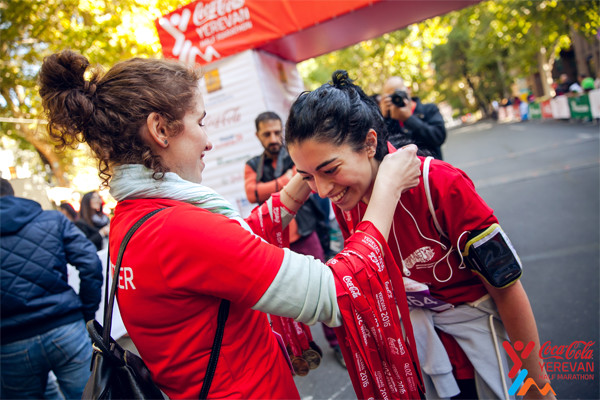 Absolute three winners for men and women’s in
42km, 21km, 12km, 5km and 1km kids run will get special awards.

Award winners and runners-up are identified upon finish line crossing

Age group winners in each distance will be awarded with certificate.

Each age group awardees are determined based on
chip time. Awards will be given in age group categories: 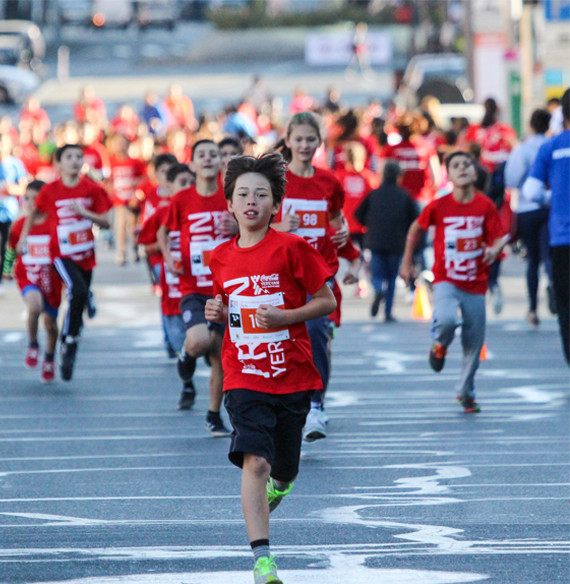 The Arm Marathon team thanks you for your decision to volunteer at the upcoming race. Let’s make this event a real celebration for athletes, residents and visitors of Yerevan!

Every large and small sports event needs volunteers to make it happen, volunteers contribution is priceless. Our race is no exception, we count on many volunteers to help Yerevan Marathon to happen.

If you are friendly and responsible, if you like helping people, and support healthy lifestyle — join us as a volunteer!

Based on our experience of previous years we see that many of our volunteers get inspired and run our follow-up races! If you are already into sports but cannot participate in the race this year for some reason, join as a volunteer — you know better than anyone else how important it is to get timely help, a cup of water or a well-deserved medal at the finish line!

Each volunteer will receive a special T-shirt and volunteer certificate!

To become a volunteer of Yerevan Marathon, join our Volunteer community on Facebook. https://www.facebook.com/groups/ArmMarathonVolunteers/

Our organizational team consists of professional sport event organizers, who are also enthusiasts of cyclical sports and especially running. We love running – this is probably the most important thing about us and we want our city and country to love it as much as we do.

Every year we work to make our events meaningful in many ways: 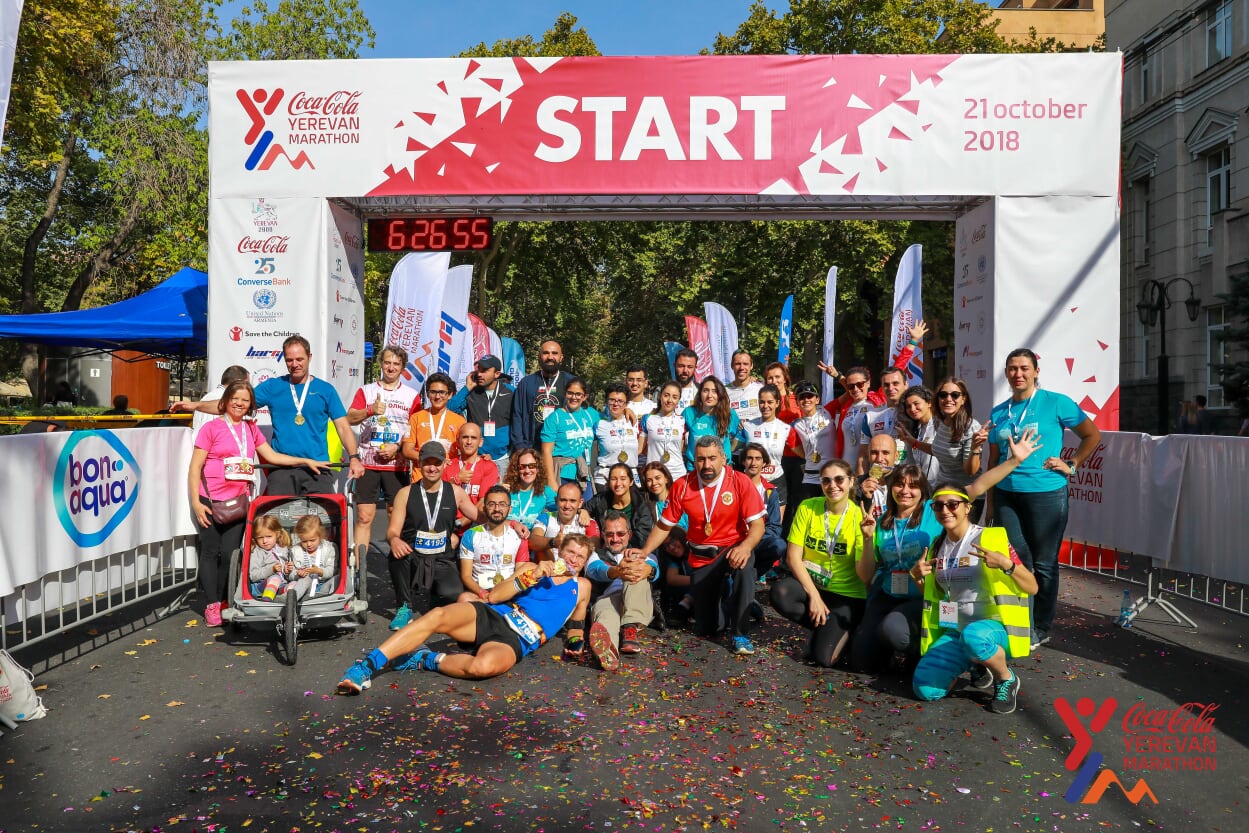 QUESTIONS? Send us a note

OUR LIFE, OUR LATEST NEWS. ALL ABOUT RUNNING.
JOIN US ON SOCIAL NETWORKS!